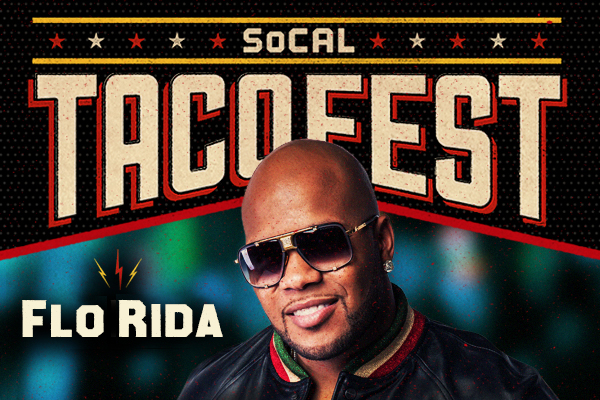 FLO RIDA TO HEADLINE SOCAL TACO FEST ON MAY 16.

Flo Rida has sold over 100 million records worldwide, and will perform from his massive catalog of hits including “Low”, “Right Round”, “Good Feeling” and “My House”.

More artists to perform at SoCal Taco Fest will be announced soon.

SoCal Taco Fest will feature over 25 of the best taco restaurants in the Southern California region, a lineup of national and local music acts, Lucha Libre wrestling by the Baja Stars, Chihuahua races and beauty pageant, and the popular “Margarita Tent” with a live DJ and custom-crafted margaritas.

General Admission tickets are $30 and include entrance to the festival and all entertainment.  VIP tickets are available for $125 and include beverages, taco bar, front row access to stage, and private restrooms.

SoCal Taco Fest is once again partner with Chihuahua Rescue of San Diego to share their message and encourage adoptions.

CONCERTS ARE BACK & HELPING THOS...

TO OUR COMPANY UPDATES