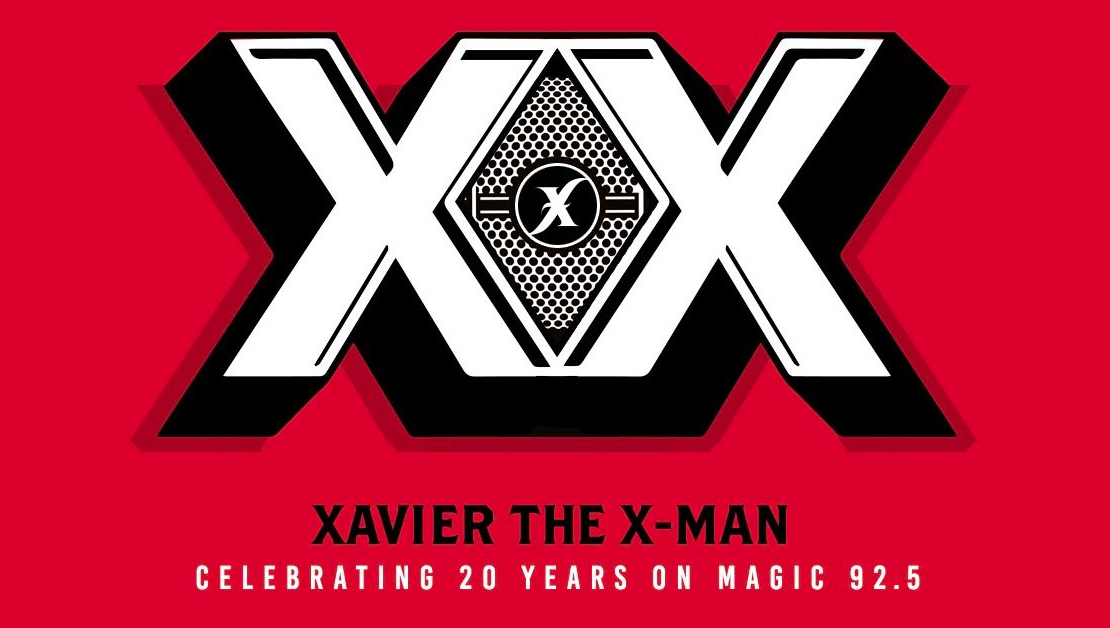 Xavier started on-air in the 90’s at college radio at SJSU and held jobs in the San Francisco and Los Angeles before landing on Magic 92.5 in 2000, where he has been a mainstay since. His popular syndicated Sunday cruising show is also heard in various markets in Arizona and California, playing Old school, R&B, and New Soul music sprinkled with listener requests and dedications.

“Twenty years is unbelievable, and I still have to pinch myself to make sure it’s not a dream,” said Xavier. “I feel so lucky and take it as a daily blessing to be able to turn on the mic, entertain and play music for the San Diego and Tijuana market. I truly love the people here.

“I’d like to thank the entire San Diego community for listening to my radio show and connecting with me daily throughout the years. I would also like to thank the “Magic 92.5 Family” past and present that I’ve had the honor to work with, who believed in Xavier “The X-Man,” all those who continue to allow me to turn on this mic each and every day. I am a lucky man!”

Magic 92.5 Program Director R Dub! Said, “I would be hard pressed to find another personality with not only as much dedication to his listeners as Xavier possesses, but conversely as much dedication from his listeners. X-Man breathes and bleeds San Diego and has become part of the DNA of not just Magic 92.5, but the city. We’re proud to celebrate Xavier’s 20th anniversary on Magic 92.5!”

CONCERTS ARE BACK & HELPING THOS...

TO OUR COMPANY UPDATES